The World Plumbing Council (WPC) Executive Board has established the WPC Distinguished Service Award to recognize the efforts of an individual or organization that has contributed to the mission of the World Plumbing Council, specifically: “To unite the world plumbing industry to safeguard and protect the environment and the health of nations, for the benefit of all.

In order for a nominee to receive the award, not less than 75% of the WPC Executive Board shall determine that said nominee possesses not less than four of the six criteria set forth below: 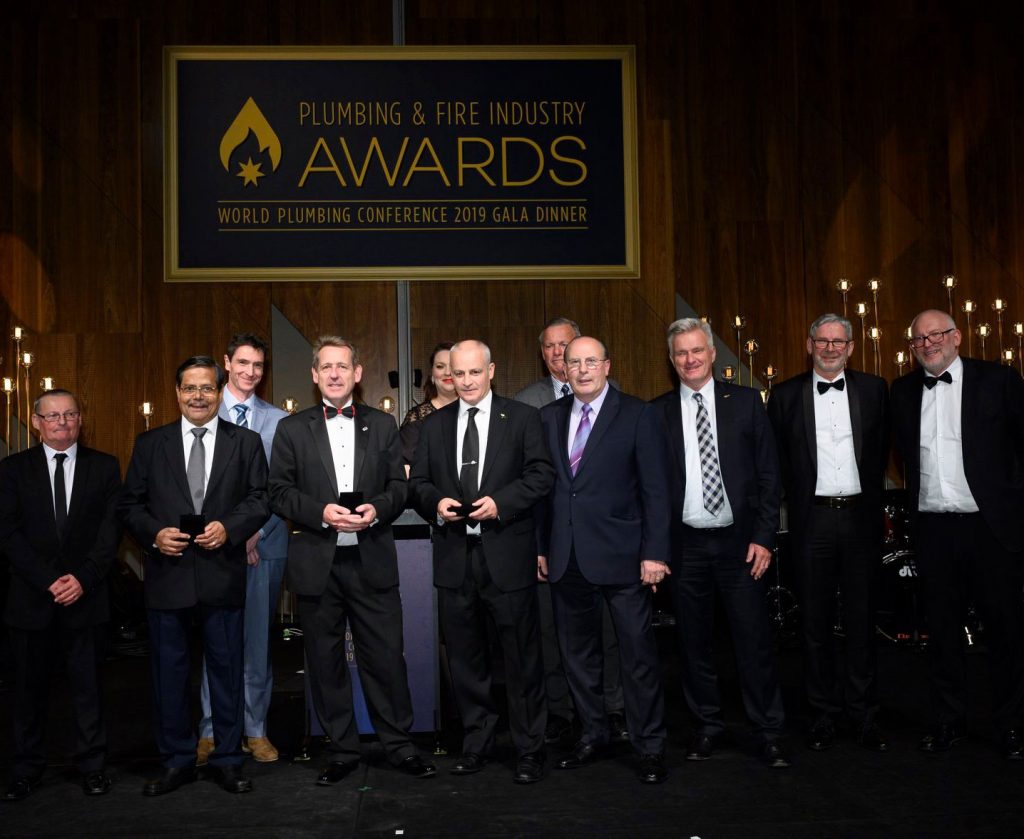 George Bliss was initiated into UA Plumbers Local 5 in Washington, DC, on December 14, 1955. He became Assistant-Director of Training at the UA in 1973 and was appointed Director in 1997.  In 2005, George was elected Chairman of the World Plumbing Council and served for three years. During those three years, George highlighted the linkage of skilled plumbing professionals and our industry’s contribution to preventing the spread of viral outbreaks throughout the world. A key component of this challenge was the successful effort to obtain NGO status in Official Relations at the World Health Organization.

Another highlight of the period was strengthening the relationship and knowledge exchange between the US Plumbing Industry and the World Plumbing Council. To facilitate this, a meeting of the WPC was convened in Ann Arbor, Michigan, timed to coincide with the 50th anniversary of UA’s annual Instructor Training Program.  This enabled the UA’s contemporary and comprehensive Instructor Certification Program to be demonstrated to WPC delegates from around the world.

Today, the legacy of that meeting is validated by the relationship that the WPC and the UA enjoy today, and in particular, the UA/WPC Annual Scholarship that is awarded annually to enable someone from outside the US to travel to Ann Arbor to take part in the UA Instructor Training Program. George retired from the UA in 2005. He dedicated his entire professional career to education and training. George passed in April of 2019. He will be remembered for his unstinting commitment to lifelong learning and professional development. He will be missed by all that had the good fortune to meet him.

Robert Burgon  served as Chairman of the WPC Executive Board from 2008 – 2011 following six years of service as an Executive Board Director. Robert hosted the 9th World Plumbing Conference which took place in Edinburgh in 2011 and is an Honorary Fellow of the Chartered Institute of Plumbing and Heating Engineering and appointed Master of the Worshipful Company of Plumbers for 2017-2018. Robert was Chief Executive of the Scottish and Northern Ireland Plumbing Employers Federation for 28 years and has made many other major contributions to the plumbing industry of the United Kingdom.

Russ Chaney joined the plumbing industry in the late 1970’s when he served his plumbing apprenticeship and ultimately was licensed as a Master Plumber in New Jersey. The apprenticeship helped fund his university where he earned his Bachelor’s Degree in Personnel Management and Labor Relations, and subsequently achieved a Degree in Accounting.

In the early 1980s, Russ also achieved certification as a Plumbing Inspector licensed by the State of New Jersey. He owned and operated his own plumbing, heating and air-conditioning business for twelve years prior to his work in the development and maintenance of US model plumbing and mechanical codes.

Joining The IAPMO Group in 1995 as Chief Executive Officer, Mr. Chaney has worked to further IAPMO’s public health, safety and environmental mission through the promulgation of the Uniform Plumbing, Mechanical, Solar Energy, Hydronics & Geothermal, and Swimming Pool, Spa and Hot Tub Codes. Not long after joining IAPMO, Russ became associated with the World Plumbing Council, which was in its formative years. Once he learned what the WPC was all about, it lit a fire within him to become further involved and share the collective passion of this new industry group. He was first elected to the Executive Board in 2002 in Berlin. He was then elected as Deputy Chair in 2008, then served as Chair from 2011 to 2013. During Russ’s involvement with the Executive Board, he played a critical role in a joint publication with the World Health Organization of Health Aspects of Plumbing. As an outcome of that joint publication, he played an important role in the WPC becoming recognized as a Non-Governmental Organization in relations with WHO. He also established relationships with the World Green Building Council and signed a Memorandum of Understanding on behalf of the WPC with the then World Green Building Council Chair, Tony Arnell. During his tenure, the WPC established a new publication, Environmental Aspects of Plumbing.

In addition to his service and support to the World Plumbing Council and The IAPMO Group, Russ has served in various roles within the American National Standards Institute (ANSI), including serving as the ANSI Chairman.

Stuart entered the plumbing industry in 1986 as CEO of The Master Plumbers and Gasfitters Association of Western Australia serving until 2004. Stuart was elected Deputy-Chair of the World Plumbing Council in 1999 and went on to be elected Chair in 2002. Stuart led the effort to execute the first ever MoU between the WPC and WorldSkills International. He advocated successfully for the establishment of Individual Membership in the WPC allowing broader engagement for those that desire involvement at all levels of our industry.  He went on to serve as Secretariat of the WPC from 2011-2017. Stuart remains passionate about our industry’s contributions to public health and safety while ensuring environmental sustainability.

Hans-Peter has played an integral role in shaping the WPC by assisting the Board with finance and governance issues and acting on the WPC’s behalf in Switzerland which is where the WPC is officially based. He has been an active participant in matters of the Council for several years, embracing the issues that the WPC engages with and providing a voice for Europe. Hans-Peter has recently announced his retirement from Suissetec and will pass the baton on. Thank you Hans-Peter for all your guidance to the WPC.

Sudhakaran was appointed to the Executive Board of the WPC in 2005 and during his tenure he worked tirelessly in promoting the WPC worldwide. He was a founding member of the Indian Plumbing Association which was inaugurated in 1993. His support for WPC Scholarships encouraged applications from many developing countries enabling successful recipients to gain invaluable knowledge across the world. His knowledge and expertise has benefited many people in India and the Middle East through access to safe plumbing and sanitation systems. 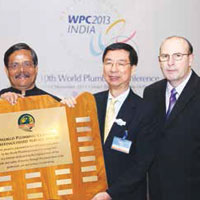 A glance at Mr. Henry Hung’s resume will reveal a multifaceted personality. Henry is a quiet accomplisher. Managing Director of Ridgid Plumbing Services since 1990, most of you know him as a very successful plumbing professional. He has to his credit, landmark projects such as the Hong Kong Disneyland Resort hotel, Hong Kong Movie city, the 108 Storey International Commerce Centre at Kowloon, World Trade Centre in Hong Kong, and East Point City to name a few. With a Diploma in Marketing from Herriot Watt University in UK and an MBA from the University of Newcastle Australia, Henry achieved the necessary business acumen to augment his considerable technical skills.

Henry Hung has contributed substantially in his 12 year tenure as an Executive Board member of the WPC including three years as Deputy Chairman. Notable among them has been his efforts in getting the Health Aspects of Plumbing translated into Mandarin. He has championed the cause of individual membership and when the scheme was instituted, his was the first name in this category. He was the World Plumbing Conference Chairman in 1993, a hugely successful event in the annals of WPC history.

It was undoubtedly the high esteem that he is held in Hong Kong that when the SARS virus hit the Amoy Gardens, Henry was asked to review the plumbing system design and suggest steps to prevent such a horrific outbreak again.

Henry is a multi-tasker and wears another hat. Wouldn’t you be surprised to know that he manages a company manufacturing lighting solutions! He has served on dozens of committees set up at various times by the Hong Kong Government and is involved in policy making in training, education and arbitration related to the plumbing industry.

A thorough plumbing professional, a trained manager, an educator, a communicator, a meticulous organiser, a marketing person and more importantly, a great human being! 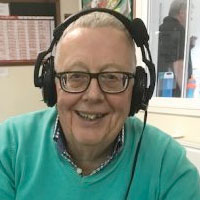 Andy was a founding Executive Board director of the WPC and held the office of secretary from 1996-2008. Andy was a driving force behind the WPC forging a close working relationship with the World Health Organization and subsequent joint publishing of “Health Aspects of Plumbing,” a critically important document that illustrates the important work undertaken by the plumbing industry to ensure public health and safety.

He started as an apprentice in the family business, Watts Brothers, based in Chard, Somerset. Andy completed his technical training at Taunton Technical College and rose quickly in the plumbing world. At 25, he succeeded Jimmy Haig as executive director of the Institute of Plumbing (IoP) and was at the helm for some 35 years.

He was also a member of The Worshipful Company of Plumbers, which wrote a wonderful tribute to him that can be read here: https://www.plumberscompany.org.uk/liveryman-andy-watts-mbe-a-tribute/

Andy was an active ambassador of plumbing for more than four decades and touched the lives of many in the industry.

“I will be forever grateful to Andy for all the support and encouragement he gave to me and especially with my ‘apprenticeship’ during my early years at the Institute,” said Kevin Wellman, CIPHE CEO in CIPHE’s tribute to Andy. “He worked tirelessly to promote standards in the public interest and in the ongoing campaign to see registration for those involved in the plumbing and heating industry.” 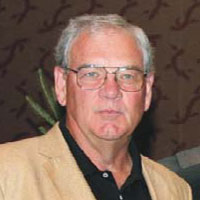 Bob Kreutzer, former chairman of the World Plumbing Council was presented with the Council’s Distinguished Service Award at the World Plumbing Conference in Calgary. Kreutzer’s involvement with the Council began in the 1990s, when the organisation was just beginning to formalise its structure. At the request of the first elected chairman of the WPC, he oversaw the creation, presentation and adoption of organisational structure, bylaws and administrative procedures that continue to serve as the foundation of WPC today.

When he was elected as WPC’s second chairman, Kreutzer worked to increase membership and participation in the group. He also successfully got the WPC involved in the waterborne disease eradication efforts of the World Health Organization. Kreutzer chaired the first formal meeting between the two groups and laid the groundwork for a relationship that has grown stronger over the years. 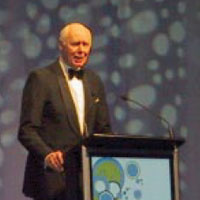 The conference in New Zealand saw the presentation of the first WPC Distinguished Service Award, designed to recognise individuals who had given exemplary service to the plumbing industry both nationally and internationally.

WPC Chairman George Bliss announced that the first recipient of the Award was to be Geoffrey Marsh, from the UK who, said Mr Bliss, “has made an outstanding contribution in all six areas of activity.”

Before the presentation, George Bliss outlined Geoffrey Marsh’s outstanding career in the plumbing industry which started as an apprentice and has subsequently included:

In 1988 he was invested by the Queen at Buckingham Palace as a Member of the Order of the British Empire for services to the plumbing industry and served the industry in many ways, including as Director, Industry Liaison at the Institute of Plumbing and Heating Engineering, the UK’s professional body for the plumbing industry.

WPC Secretary Andy Watts, who has worked with Geoffrey Marsh for almost 40 years, said, “Geoff has an amazing brain which I think is getting quicker! Indeed he never stops thinking or writing or talking about plumbing.” Geoffrey Marsh himself commented, “Many things have happened to me during my lifetime in plumbing, but none can compare with the honour of receiving recognition from my peers represented throughout the world by the World Plumbing Council. I will treasure my Award, with my wife Ann who works closely with me, as a shared symbol of thanks for the pleasure we have and do derive from serving plumbing.”