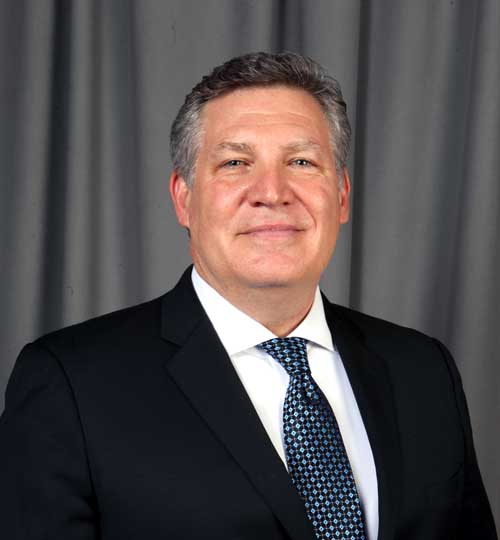 Today the IAPMO Board of Directors announced that IAPMO Chief Operating Officer/Executive Vice President Dave Viola has been appointed to chief executive officer effective Jan. 1, 2021, taking over for GP Russ Chaney, who is retiring after a quarter-century at the helm of the 95-year-old association. IAPMO will continue to benefit from Chaney’s leadership skills and experience as an executive adviser to the CEO.

Viola has more than 25 years of senior management experience within the plumbing and mechanical industry. He joined IAPMO in 2007 and has served as IAPMO’s chief operating officer for the past seven years, with strategic and operational responsibility for the comprehensive array of IAPMO Group programs and services.

“I am humbled and energized by the opportunity to assume leadership of a great institution that has played a vital role in protecting health and safety in the built environment for generations,” Viola said. “I intend to build on the legacy of Russ Chaney, who leaves behind a thriving business already positioned for growth with a talented management team.”

Chaney came to IAPMO in 1995, during a time of significant changes in the development and maintenance of model construction codes. Today, IAPMO continues to be an essential contributor to the development of plumbing product and installation standards.

“Dave Viola possesses a unique ability to strategize, to create a vision and implement the steps necessary to achieve that vision,” Chaney said. “I will enjoy watching Dave continue to build upon the success that he has exhibited throughout his entire tenure at The IAPMO Group.”

“The IAPMO board believes Dave has proven leadership skills, a deep understanding of our products and services, and an ardent commitment to IAPMO’s mission,” IAPMO President Dave Straub said. “We are confident that we identified the best leader to take IAPMO forward. On behalf of the board, I also want to take the opportunity to thank Russ Chaney for his many years of exemplary leadership, steady business growth, and devotion to IAPMO’s charge of protecting public health and safety.”

Prior to joining IAPMO, Viola served as technical director for the Plumbing Manufacturers Institute (PMI) for nine years, where he oversaw education, code, product compliance, and regulatory activities. Before PMI, he worked for BOCA International and the International Code Council as a staff engineer managing the development of their plumbing code and associated training and support publications.

Viola serves or has served on the following notable industry committees:

Viola holds a degree in mechanical engineering from Northern Illinois University. In 2005, he received the American Society of Sanitary Engineering Fellow Award.