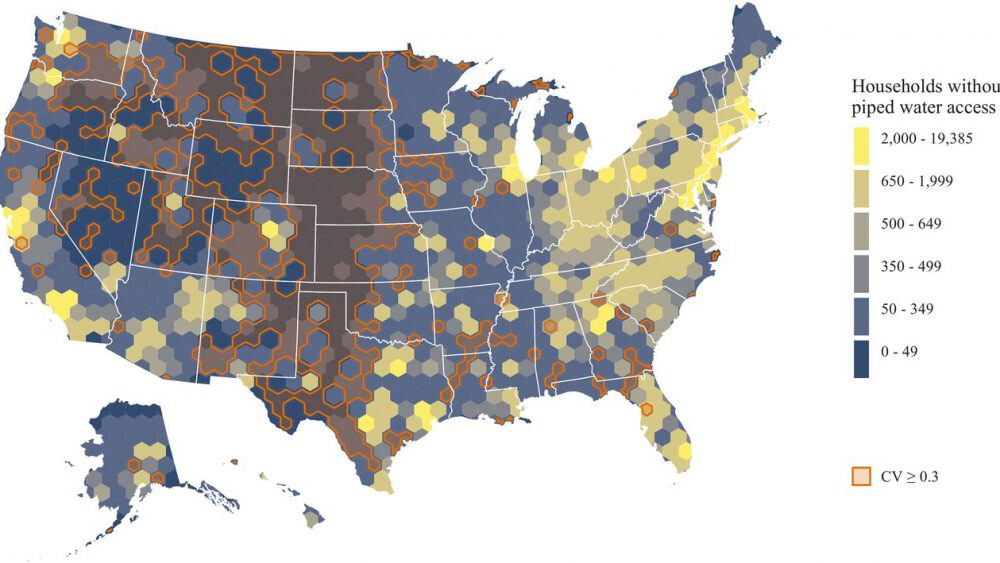 Researchers from King’s College London, the University of Arizona and ECONorthwest have published the conclusion of a study that found that an estimated 1.1 million urban people in the U.S. live in homes without proper indoor plumbing.

In this study, we undertake a nationwide analysis of urban water access in the United States, with the aim of explaining the drivers of infrastructural inequality in the 50 largest metropolitan areas. Drawing on statistical analysis and regression modeling of census microdata at the household scale, our analysis reveals spatial and sociodemographic patterns of racialized, class-based, and housing disparities that characterize plumbing poverty. Among unplumbed households, we show that households headed by people of color are almost 35% more likely to lack piped water as compared to white, non-Hispanic households. Precarious housing conditions are an equally strong predictor: Renter-occupied households in the 50 largest US metros were 1.61 times more likely than owner-occupied households to lack piped water. We argue that insecure domestic water access in the United States should be understood as a housing issue that reflects structural inequalities of race and class, particularly in cities with widening wealth gaps. The article concludes with a call for research and action at the intersection of water provision, housing, and social inequality—a paradigm we call the housing–water nexus. 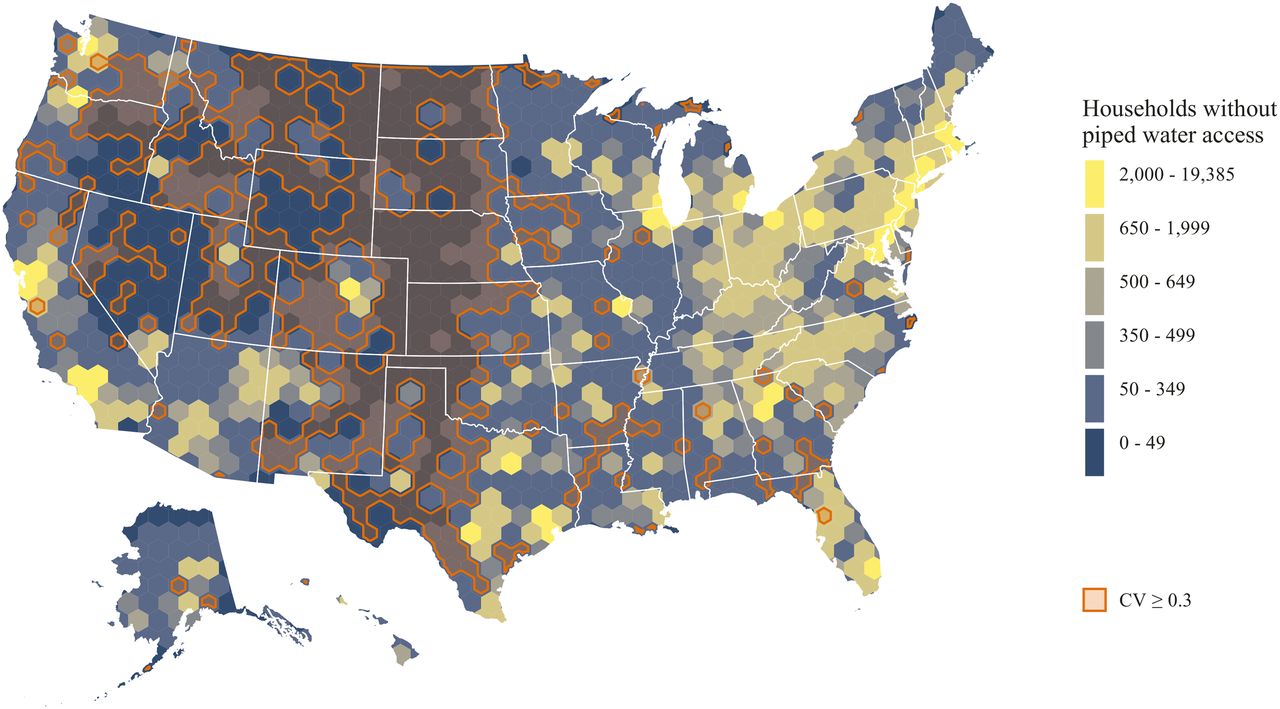 Households without piped water access in the United States, 2013 to 2017. This hex map depicts the spatial distribution of households without piped water access, with lighter colors indicating areas with higher numbers of unplumbed households. Shaded areas (in orange) indicate that sampling error is large relative to the estimate, due to the relatively small number of unplumbed households. Data source: US Census Bureau.