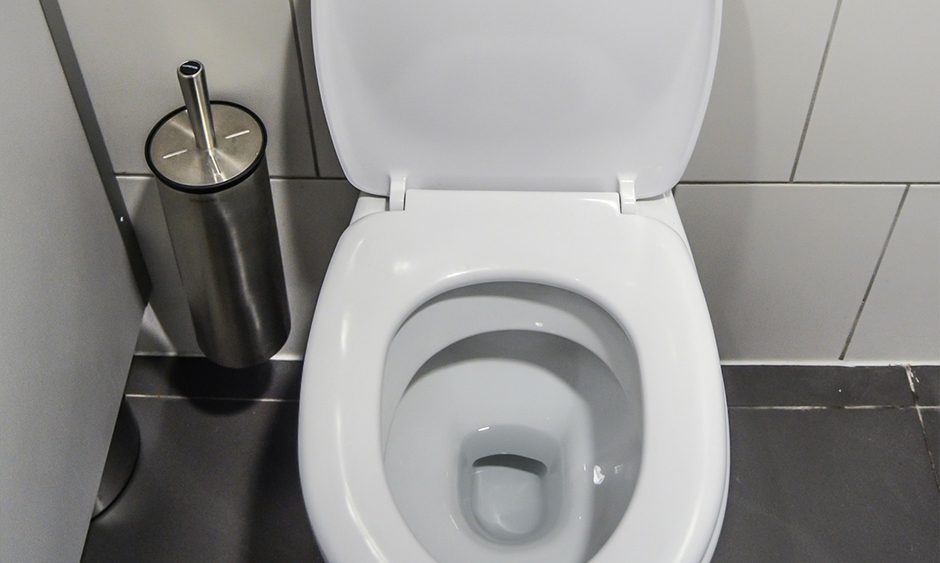 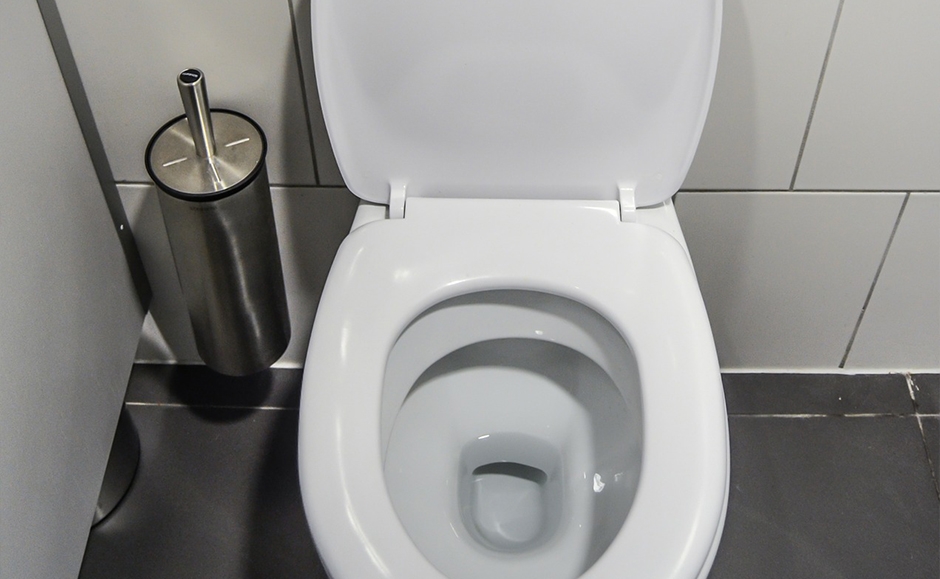 The topic of household drainage has come to the fore again as a result of the COVID-19 outbreak. In Hong Kong, a cluster of cases was linked to the drainage system in one apartment block. The Hong Kong CIPHE team has produced this guide to outline the potential defects or failures in existing systems, and some of the solutions.

The virus can be spread through air contamination when sewage-polluted air from a sanitary fitting gets into other apartments through the same shared draining system. Indeed, drainage systems of a building must be equipped with appropriate traps, built with a specified depth of water seal according to regulations to stop the air from the drainage system entering the apartments.

This protection can be broken by one

or more of the following:

1. Water seal being broken by pressure in the drainage pipe

2. Water seal being removed from its position

4. Loss of water due to evaporation

This article offers a brief introduction to different drainage systems and their major components and the reasons why protection fails, along with some recommended remedies.

Soil water and waste water are discharged into a common stack with a ventilation stack teed off for all soil and waste fitments.

This system uses one stack for soil fitments and one for waste fitments.

As well as using more pipework and therefore taking up more space, this system does not provide the ideal hydraulic flow conditions for soil drainage. This is because the inflow contains large amounts of solid content but minimal water volume. Flow velocity is slow. Sedimentation of sludge inside the pipe will lead to a risk of pipe blockages due to minimal water flow.

However, this system provides a chance for waste water recycling. Therefore, it is suitable for areas where the water supply is restricted. In addition, this system can reduce the chance of cross contamination between the soil portion and waste portion.

Separate stacks are provided for connections from soil fitments and waste fitments. Open hoppers are fitted at floor intervals along the waste stack where waste fitments are connected. This system poses a serious hygiene problem due to the high risk of water splashing from the hopper. In the UK hoppers have been used for collecting rainwater rather than in drainage systems.

In Hong Kong and other developed countries, the one-pipe system has been widely used. The adoption of the two-pipe system can minimise the risk of cross contamination between the soil stack and waste stack. However, in considering that both soil fitments and waste fitments are sharing the same vent pipe and are used by the same occupant, this risk of cross contamination is less concerning. Also, adequate self-cleansing may not be achieved at the horizontal portion of the soil stack, so that the risk of contamination is increased. With the additional vertical stack there will be more pipe joints where leakage problems could occur. This system is also more costly and more difficult to maintain.

Technically, the one-pipe system is better as the large volume of waste water from bathtubs, showers and basins can deliver self-cleansing to prevent the accumulation of the solid/soil waste.

There is a misunderstanding that the risk of blockages can be reduced by enlarging the pipe diameter. Actually, pipe size is determined by the quantity of flow as well as the fall gradient. The design objective is to maintain an average flow velocity of at least 1m/s, which prevents stagnation of solid matter in the pipe. To achieve this, a flow condition above half full is essential. This flow enables faster velocity with most solid matters flowing through as suspended matter. Oversized pipes will result in a poor hydraulic radius (the ratio of area of flow to perimeter of a pipe) and solid sedimentation.

Correct selection and installation of sanitary fixtures can minimise contamination to the environment.

All soil fitments should have a water seal not less than 50mm as stipulated in HK Legislation Cap. 123I Building Reg 24 [in the UK, Table 1 page 7 of Part H of the building regulations equivalent]. This water seal is to provide isolation to prevent foul gas spreading to the surrounding environment.

Low level cistern type – Widely used in HK public housing (eg Hong Mei House, Tsing Yi), and in some older properties and public toilets in the UK. Most pipes are exposed. A flushing pipe is connected between the cistern and the WC bowl which is of wash-down design. More water droplets will arise during flushing for this type of bowl so the WC pan must be covered prior to flushing. In addition, adequate water volume must be maintained in the cistern to ensure that the foul water as well as all solid waste is flushed away.

Close couple type – The most commonly used type in commercial projects and private residential projects in Hong Kong, and the most commonly used in the UK. It consists of least exposed pipework. Bowl design is either wash-down type or siphonic type – the latter being more favourable because the cleansing effect is better and less water droplets will be created. In addition, the siphon effect to discharge water results in more complete discharge of foul water and solid waste.

To avoid spread of foul water on the floor, care should be taken to regulate the valve outlet pressure so as not to create any water jump, splash, water hammer etc during flushing. Also, ensure that the WC bowl design matches with the flush valve operation. Similar comments apply to flush valves for urinals.

According to HK Legislation Cap 123I Building Regulations, traps of bathtubs should have a minimum 40mm water seal. If the bathtub waste pipe is connected to a soil pipe, a minimum 80mm water seal is required.

Floor drains are still common in Hong Kong bathrooms and kitchens, but their function is less significant as floor cleaning with a hose has given way to mopping. In the UK floor drains are used in wet rooms, as well as in some public buildings (eg leisure centre changing rooms and communal showers).

Floor drains become a route for bacteria or virus transmission whenever the water seal is dried up. Lack of water seal provides free circulation of air between a highly contaminated sewer system and the surrounding environment (reference: outbreak of SARS in Amoy Gardens, 2003).

Floor drains should be replenished on monthly basis to maintain the water seal. There are also design methods to automatically replenish the floor drain during the operation of the drainage system. If the drain is not to be in use for a long time, it is better plugged. However, if the floor drain will be used once in a while, a self-sealing floor drain can be considered. It has a one-way valve that was created with the use of strong silicon skirts or metallic plates. The floor drain will open to allow drainage in-flow and close when there is no water flow. It prevents flood damage and insects from entering the drain pipe, while blocking harmful overflow and hazardous sewer gases from leaking up through the drain. Also, when the valve is closed, evaporation is much reduced, so the water seal can be maintained for a much longer period.

Traps for sanitary fitments According to HK Legislation Cap 123I Building Reg. 24 & 25, every waste fitment should be provided with a suitable trap immediately underneath. Traps should be adequately ventilated or constructed to prevent loss of water seal. The water seal is a barrier to prevent foul air and harmful bacteria passing through the drainage system back into the residential flat/surrounding area.

Resealing trap – allows air to be drawn through the inlet of the trap, then through the bypass tube to break the siphon action. When there is negative pressure inside the drainage pipework, the remaining water will fall back to maintain a certain water seal. The next waste water inflow from the waste fitment will replenish the trap to full seal depth.

Anti-siphon trap – equipped with a one-way air valve which allows air to pass into the pipework to break the siphon when there is negative pressure inside the system. The valve will automatically close when the siphon is ceased.

Common problems related to the trap

Sub-standard/counterfeit products are occasionally found consisting of the following defects. Quality assurance is required. The images above show:

The ventilating pipe is an essential component of a drainage system to provide balancing of air pressure inside stacks that avoids a vacuum being created in the pipe and back pressure forming to affect the proper operation of water seal in traps.

Removal of ventilating pipe connection to soil/waste pipe during the course of renovation leads to direct foul smell spread from the drainage system. Drainage works should be carried out in accordance with building regulations and relevant practice notes

Every such connection should be made at a point above the flood level of the highest fitment connected to the soil pipe. The above requirement is stipulated in HK Legislation Cap 123I Building Reg 30 (4b) [Part H of the Building Regulations in the UK].

According to HK Legislation Cap 123I Building Reg 31(1) [Part H of the Building Regulations in the UK], the vent pipe shall be terminated at a position and height to avoid the escape of foul air to any building. However, inappropriate terminations are occasionally found near the household area, under covered areas, or at the passage corridor at insufficient height.

Drainage backflow is an unwanted flow of foul/waste water in the reverse direction to that intended. Foul water is being forced to flow out from soil and waste fitments. This poses a serious risk of contamination to occupants. Drainage backflow occurs with large positive pressure induced due to sudden large in-flow at high speed at stack or hydraulic jump area. A siphon effect is usually created immediately after the large flow is passed.

Backflow can also be created due to a pipe blockage, or undersized piping. It can push contaminants back into the water closet, floor drain, bath tub, wash basin etc.

1. Separate stacks for high/low zone discharge Zoning of the drain stack is important for effective and safe high-rise building discharge. Hydraulic jump usually takes place in the stack at the lowest few floors depending on the building height, quantity of flow, mode of the horizontal turn and fall gradient.

2. Correct vent pipe sizing An undersized vent pipe will not be able to handle air balance within the drainage system. Air cannot be released in time to cope with the large in-flow water volume, resulting in air compression. Follow the vent pipe size requirements as stipulated in HK Legislation Cap 123I Building Reg 30 & 31 [Part H of the Building Regulations in the UK]. Enlarge the pipe one commercial size when necessary if concentrated high peak flow is anticipated.

3. Misuse of water closet Paper towels, hair, toothbrushes and other rubbish is sometimes disposed of in water closets, causing serious blockages of drain pipes. This is a behaviour rather than a technical issue. Education and reminders to the public on the correct use of fitments is important to maintain an effective drainage system.

A well designed, installed and maintained drainage system will not cause any source of contamination to the household.

Adapated from a technical paper by:

CIPHE HK Branch can be contacted by email on info@ciphe.org.uk