The Australian Fire Crisis: A message of support from the WPC Chair 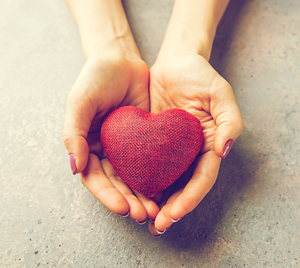 The Australian Fire Crisis: A message of support from the WPC Chair

On behalf of the WPC Executive Board and members, I wish to express the Council’s deep concern at the devastating fire crisis currently gripping Australia; and extend to our Australian colleagues and friends our support and encouragement at this most challenging time.

Australia is in the grip of a fire crisis. A prolonged drought combined with extreme heat and drying winds has given rise to bushfires which are unprecedented in scale and intensity. The Australian fire season has at least two more months to run and already 25 people have lost their lives, up to a billion animals and birds have been killed, and hundreds of homes and farm properties lost.

An area larger than South Korea has already burned, approximately 50 percent more than burned in the Brazilian Amazon last year.

As well as the direct impact of the fires on lives, property, native animals and livestock, the devastation caused by the fires poses longer term challenges. Water catchments can easily become polluted with toxic or hazardous materials, like asbestos and farm chemicals, after such large blazes.  Significant water capture, storage and transport infrastructure has been damaged or destroyed. Fresh water and sanitation facilities will need to be quickly re-established and/or made safe for communities.

Australia has world class plumbing and sanitation infrastructure, and the current crisis demonstrates that even very well-developed water and sanitation systems are vulnerable to extreme weather events and climate change.  Importantly, because Australia has well established infrastructure it has a basis upon which to re-build and remediate its systems after the fire storm passes. However, maintaining standards of water quality and sanitation safety will be challenging in the short term, especially for those communities which have been isolated by the fire crisis.

The fires in Australia serve as a stark reminder of the importance of a well-developed plumbing system built on the four pillars of plumbing.  The vital nature of high-quality plumbing infrastructure, products, training and standards cannot be overstated. That is why the WPC works to promote, on a global scale, the role of skilled and trained plumbing professionals in terms of making the best use of water, its capture, storage, transport, accessibility and even production (de-salination).

Donations to support the relief effort can be made to Red Cross https://fundraise.redcross.org.au/arc or the Salvation Army https://donate.everydayhero.com/d/sowWR0enUs68x8bfhDosig/amount.