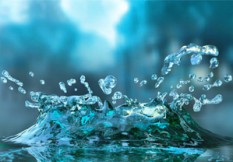 A public outreach event to create awareness for citizens of Indonesia on the importance of plumbing standardization to improve sanitation and water within Indonesia.

Join us to celebrate the work being accomplished on the development of the Indonesian National Standard for plumbing, highlighting the need for standardization across the plumbing industry from standards to certification and how this project will have an immediate impact on each and every citizen within Indonesia.

2013 World Plumbing Council Education & Training Scholarship
The World Plumbing Council Chairman, Mr. Russ Chaney has launched the WPC Education and Training Scholarship for 2013, inviting plumbing industry personnel involved in industry training to make an application for this rewarding industry Scholarship. The successful applicant can receive up to US$10,000 in funding to travel to another country or countries to learn about how plumbing training is conducted and to share innovative ideas and techniques.

2013 World Plumbing Day International Poster Competition
The World Plumbing Day International Poster Competition created a great deal of interest from elementary/primary schools around the World in 2013, with entries coming from the United Kingdom, Scotland, Canada,, Jamaica, Trinidad & Tobago. The USA was well represented with schools from the states California, Nevada, New York, New Jersey, and Ohio all participating.??The quality of all entries made the judging a challenging one, however under the guidance of WPC Director Richard Prospal all entries were assessed with the best 25 being selected to be reviewed and voted on by the American Society of sanitary Engineers (ASSE) at their mid-year meeting held in Cleveland, Ohio. Over a two day period close to 50 ballots were cast, with meeting delegates having been asked to choose the top three posters and to rank them first, second and third.

WPC Review newsletter | July 2012
The March 2012 edition of the WPC Review Newsletter is now available. Read about this year’s World Plumbing Day celebrations, the Water is Life exhibition, the third International Emerging Technology Symposium and a revisiting of Tajikistan. Download the PDF to start reading.

World Plumbing Conference 2013 in incredible India
Indian Plumbing Association (IPA) is all set to play the role of a perfect host to 10th World Plumbing Conference, scheduled to be held in New Delhi on 14 and 15 November 2013. IPA is expecting delegates from several countries to attend this prestigious global convention. The Conference will provide a platform to understand and evaluate the vast possibilities this country of 1.2 billion people can offer. Indian plumbing fraternity is looking forward to meet, interact and network with their global counterparts, through this event.

The recipients of the scholarship in 2010 and 2011 are great examples of the diversity that is available through the WPC Education and Training Scholarship Program. In 2010 Robert Goodchild of Perth, Western Australia, travelled to South Africa and as a part of his study tour visited a township of some 33,000 people with a poor water supply, few toilets and no sewerage, with little or no infrastructure to support sustainable living for that community. His report illustrated the value of a well qualified and trained plumber supported by an effective regulatory system.

Briano’s poster was selected as the grand-prize winner in a global competition administered by the World Plumbing Council (WPC) as part of the celebration of the third annual World Plumbing Day. Children under the age of 10 (first through fifth grades) were invited to participate in the global competition by designing a poster illustrating the important role plumbing plays in our society. The WPC’s judging committee reviewed hundreds of posters from around the world and chose Briano’s poster as the most worthy of the top prize – US$1,000 for her school and US$100 for herself.

2012 World Plumbing Day poster competition winners
A total of 81 winning posters from many countries around the globe were entered in the 2012 World Plumbing day Poster Contest. Children in Grades 2 through 5 from Jamaica, Trinidad, Scotland, British Columbia & Ontario, Canada, Newfoundland and the USA – Wisconsin, Ohio, California & Wyoming submitted the posters.

The posters were judged primarily for the message that World Plumbing Day represents -that Plumbing is vital to good health: the role that plumbing plays in our everyday life and the role that plumbing plays in the environmental issues. The artistic merit of the posters is secondary. The 81 posters were viewed by the staff at the American Society of Sanitary Engineering to choose the 10 best posters. These top ten posters were then put on display at the ASSE Mid-Year Board meetings for judging by the members present at the meeting.

WPC Review Newsletter | March 2012
The March 2012 edition of the WPC Review Newsletter is now available. Read about how this year’s World Plumbing Day celebration is shaping up to be the best yet, and about the unveiling of the Plumber’s Apprentice statue in England. Also in this issue: Plumbers Without Borders; Bid to boost industry shortages scores national training award; Dealing with drain contamination; and WPC Past Chairman awarded for services to plumbing. Download PDF to start reading.

WPC, IAPMO to present third international emerging technology symposium in U.S. capital
Washington, D.C. Against the backdrop of a national election that will no doubt shape the future of the construction industry and its products, the International Association of Plumbing and Mechanical Officials (IAPMO) and the World Plumbing Council (WPC) will convene May 1-2, 2012, in Washington, D.C., the third International Emerging Technology Symposium.

Indian plumbing association hosts 15th indian plumbing conference
Indian Plumbing Association (IPA) and Akar InfoMedia Pvt. Ltd. (AIM) recently organized 15th Indian Plumbing Conference (IPC) in New Delhi on November 18th & 19th, 2011. Central theme for this event was ‘Standardisation of Plumbing Practices’, which was deliberated by some of the most enlightened plumbing professionals, from all over India and abroad.