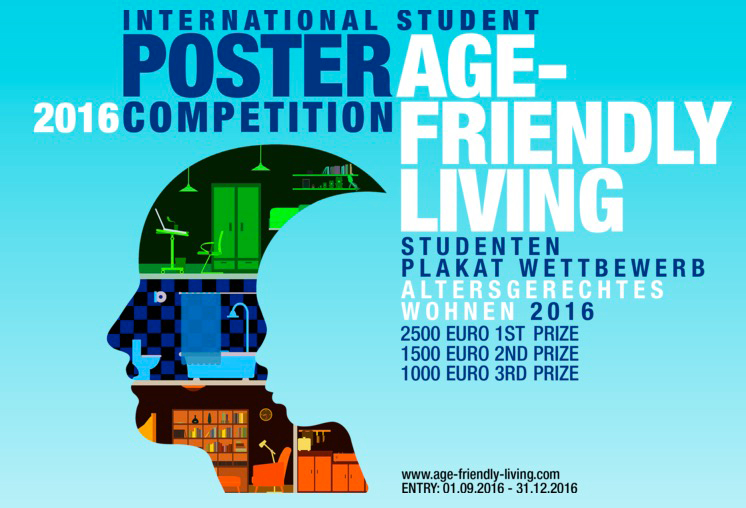 As the German professional trade association for sanitation, heating and air conditioning contractors, the ZVSHK represents the interests of some 50,000 contractors and distributors in the sector who, with around 365,000 employees, generate an annual turnover of approximately 41.7 million Euros in Germany. His members have modernised an estimated 400,000 bathrooms in 2016 alone. Current housing market analyses forecast a rise in the demand for senior-friendly housing in Germany and throughout Europe. The majority of private homeowners, however, are not yet ready to invest in preventive upgrading measures in their own homes. Because the bathroom plays a key role in being able to continue to live independently within one’s own four walls in old age, and because this is one of his key areas of competency, ZVSHK would like to raise public awareness of the need to make living environments fit for our needs in the future.

Based on his experience of organising the highly successful “Water is Life” international student poster design competitions in 2015, ZVSHK started an international student poster design competition on “Age-friendly Living”. The competition was carried  at universities, art and design schools and academies in Germany, Europe and beyond. From a total of 2701 submissions from 26 different countries, the judges selected the 100 best posters for presentation in an exhibition. As part of the opening ceremony on 27 April 2017, the competition’s patron, the German Federal Minister for the Environment Barbara Hendricks, presented the winners with their awards as well as additional special prizes.

The winning posters can be seen on the competition homepage: www.age-friendly-living.com.