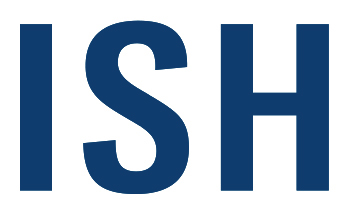 ISH sets course for the future

ISH will set course for the future in 2019 with a new logo, a modified sequence of days and a revised layout.

The coming ISH, the world’s leading trade fair for the combination of water and energy, will benefit from a new exhibition hall and restructuring, primarily in the energy section. Thanks to the construction of the new Hall 12 in the western section of Frankfurt Fair and Exhibition Centre, it will be possible to satisfy long-standing customer requests and innovatively integrate new subjects. Moreover, it means that ISH now has room to expand and can further consolidate its unrivalled position as the world’s leading trade fair. Full details of the new layout can be found at www.ish.messefrankfurt.com/restructuring.

Another innovation: ISH is changing the sequence of days and, in future, will begin on Monday instead of Tuesday. This change is being made at the request of numerous ISH exhibitors and will not only give trade visitors an additional working day on which to attend the fair but also make it easier for international visitors to travel to Frankfurt.

The next ISH will be held from 11 to 15 March 2019 (Monday to Friday). As in the past, the fair will be open to private visitors on the last day. Exhibitors can register from August 2017.

Further information about ISH can be found on the internet at www.ish.messefrankfurt.com and on the ISH social media channels: