World Plumbing Council / media / It’s all about probability — Part I 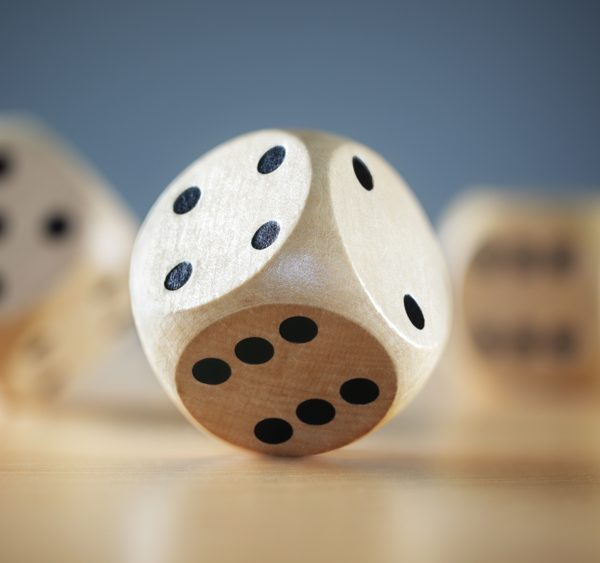 It’s all about probability — Part I

Estimating water demand: What are the chances?

Cautious risk-takers and gamers want to know the odds of winning or losing before investing or laying a bet. Of course, you have the extremes of those who throw all caution to the wind and gamble away their money, and those who take no risks at all, wanting that 100 percent certainty of success before making a move. Solving problems regarding games of chance for the cautious risk-takers has occupied mathematicians since the 17th century. Christian Huygens, Pierre Remond de Montmort, and Jakob Bernoulli are famous for publishing mathematical solutions relating to doctrines of chance that launched a new mathematical trajectory of probability and statistics. Before laying their money down, gamers and risk-takers wanted to know their chances for winning and the odds of losing and they would send their inquiries to the mathematicians. Card theory, slot machines, roulette, craps, poker, and 21 all became subject to the burgeoning principles of probability.

Gaming was not the only application for mathematical probability. Today, probability and statistics have spread throughout the world of business, industry, manufacturing, sports, SATs, medicine, insurance, and wherever there is the need to predict outcomes. Oddly enough, even plumbing benefited from principles of probability. When designing a plumbing system, is there a need to predict an outcome? Is there a chance of failure if the system is not designed properly? Are there risks associated with improperly sizing a plumbing system? Is there a way to know the odds on whether the system design will be a success or failure? Is guesstimating throwing caution to the wind, or should systems be designed with a 100 percent certainty basing the expected outcome on every fixture and appliance operating simultaneously every time?

Prior to the 1920s there was no uniformity on how to estimate the water supply demand needed for a building or knowing the minimum supply pipe size. Generally, it was a guess, and the pipe was generously sized to meet any demand. Pipe sizes and costs of material could be reduced if a peak demand could be calculated and applied to the supply pipe. A peak demand would only include fixtures that would be on simultaneously. What calculation would determine that? If the problem was framed as a question asking what are the chances of more than one fixture being on at the same time, the solution involves mathematical probability.

Applying principles of probability to the design of the plumbing system was first introduced by Roy B. Hunter in a 1923 National Bureau of Standards publication, Recommended Minimum Requirements for Plumbing in Dwellings and Similar Buildings. Originally applied for the drainage system, he later refined the principles of probability when applied to the water distribution system in a 1940 publication, Methods of Estimating Loads in Plumbing Systems. Since that time, all plumbing codes in the U.S. and even abroad adopted the method of probabilities developed by Hunter for estimating the demand loads for water distribution systems.

What was Hunter doing and how was he applying principles of probability to the plumbing system? Which outcome was he trying to predict? Were there odds of failure?

Hunter was trying to eliminate the tendency for oversizing the water distribution system in cases where there were many fixtures in larger buildings, which was more of a rule-of-thumb procedure (guesstimate) resulting in a too large an estimate. The principles of probability would more accurately predict the estimated outcome of how many fixtures out of a total number of fixtures would be operating at the same time. Designing a water distribution system based on a predicted outcome is an estimation of peak demand. Peak demand is the predicted number of fixtures (let’s call this number x) out of a total number of fixtures (let’s call this number n) that are expected to be drawing from the water supply at the same time. The water supply would be designed for the peak demand of the number of x fixtures and not the total number of n fixtures.

To predict this x value, Hunter applied the Bernoulli trial, the law of combinations, and the binomial distribution. A Bernoulli trial is one that has only two possible outcomes. In the case of plumbing fixtures and appliances, the only two possible outcomes are that the fixture is either on or off. The probability (p) that a fixture is on is determined by t/T, where t is the duration of time that water is flowing through the fixture when it is on, and T is the time in between the use of the fixture when the fixture is off. Suppose a tank-type toilet takes five seconds to fill after a flush, and that it is used every 300 seconds (five minutes) during a busy time. The probability that the toilet fixture is on is .02 (5/300).

The law of combinations was applied to the number of ways in which two or more independent events can occur together at the same instant of observation. This accounts for random selection. Suppose there is a battery of six toilets. How many ways can two independent toilets flush together at the same time? The mathematical expression is  = 15. There are 15 different ways to combine two independent toilets out of a total number of 6 toilets.

The binomial distribution models the probability distribution of the number of successes in a sequence of independent outcomes for a given sample size. The mathematical formula gets a little more complicated and is expressed as:

Using the number of successes at the 1% outcome, Hunter developed a binomial distribution curve for design purposes (see Figure 1). This was a boon for the plumbing industry and was universally adopted in plumbing codes throughout the U.S. for water supply estimating and pipe sizing.

Hunter’s method worked well for 30 years until criticism arose among practicing engineers that the curve estimates were excessive, causing the system to be oversized. Even though variations in decreasing the value of fixture units have been applied in plumbing codes, systems were still overestimated. Sparsity of field data prevented any improvement to modify the parameters of the probability model.

What were the reasons for the curve estimates to become excessive 30 years later? There were two things occurring over the years since the 1940s. Plumbing fixtures and appliances were becoming more efficient with lower water consumption. Secondly, the frequency of use for the same kind of fixture varied significantly in different building types as modern building design and occupancy became more diversified. In other words, the Bernoulli trial mentioned above (t/T), which determined the probability of when a fixture is on, was no longer constant in every building classification. It was only applicable when the frequency of use was under congested conditions where people in queue were waiting to use a fixture, one following the other user.

Furthermore, government policies such as the Energy Policy Act (EPAct) of 1992, which mandated water conservation for plumbing fixtures, and the EPA WaterSense program, which recommends water reductions by 20% lower than EPAct, exacerbated over estimating peak demand when using Hunter’s design curve. States experiencing the problem of draught and water scarcity are still resolving to further reduce water consumption for plumbing fixtures.

IAPMO now offers a solution to the problem of overestimating, having developed a new Water Demand Calculator for estimating water supply demand for residential single and multifamily dwellings. This new method will be published in the IAPMO/ANSI We•Stand 2017 and the 2018 Uniform Plumbing Code in the appendices of both American National Standards.

New probability computations are brought into the 21st century through a programmed MS Excel spreadsheet with a table of plumbing fixtures and appliances most commonly found in residential dwellings (see Figure 2). The parameters for a probability distribution appear in Columns [B], [C], and [D]. Notice the fixture flow rates are for water-conserving plumbing fixtures and appliances, and the values may be reduced as actual fixture flow rates are being reduced. The probability of fixture use was derived from the largest U.S. database for residential end use of water survey. To use this spreadsheet for estimating peak water supply demand loads, enter the number of fixtures and appliances in Column [B] and click on the box that says Run Water Demand Calculator. The estimated demand flow will automatically be calculated in the green box. The results will be more definite than using a curve and trying to match the exact (x,y) ordinates on the curve with the corresponding flow rate.

The next article will demonstrate how the calculator works and how to apply it when sizing a water distribution system. In the meantime, you may download the Water Demand Calculator at http://www.iapmo.org/WEStand/Pages/DocumentInformation.aspx and check it out. The Excel spreadsheet contains macros that will automatically flag a warning about potential viruses and corruptions when you download the file.